Does it make you stupid or brave to tell somebody you like them knowing you will never get the response you secretly desire?  As you may have guessed I told the boy I liked the truth.   He responded by kissing another girl and taking her home with him.   Only to report back to the group that upon getting said girl home he realized he had made an infinite blunder and couldn't go through with the deed.  I will not try to understand his actions. 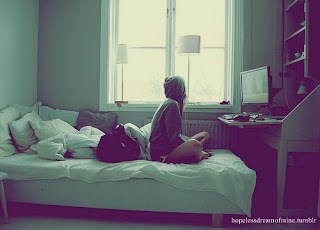 After much contemplation and of course an evening of listening to Death Cab for Cutie I have decided that the most appropriate plan of action is to move on from this crush, ignore any further advances and consider everything from this point onward as merely friendship.
'Nobody can hurt me without my permission'
After the debacle of an evening I returned to my best friends house and received a phone call from Chris.  It was 4 am in the morning.  His desperation and threats of suicide lead me to speak to him for over an hour and  agree to meet him today on the condition he did not harm himself.   True to my word I met up with him today to discuss our break-up and make it clear to him I didn't in any way want to reconcile.  I normally find a task like this extremely difficult as I am easily manipulated by a vulnerable person.  Today though for whatever reason I stood my ground and stuck to my word.  However this got me thinking that perhaps my crush had lead me to crave real romance and acknowledge that the relationship I had once had with Chris was never romantic.  Perhaps that's the lesson to learn out of all of this, regret the things you did rather than the things you didn't.  What I want in a relationship and in life is out there waiting for me,  I just need to figure out the finer details.  For now I will remember the wise words of Churchill.
'If you're going through hell, keep going' 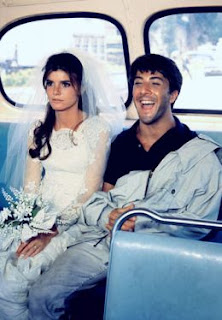 Email ThisBlogThis!Share to TwitterShare to FacebookShare to Pinterest
Labels: Heartbreak

You know me, I'm impulsive.

When I was younger I used to write a diary, I never really had much to say so I stopped.  When I got a little older and was experiencing some problems a friend told me to keep a diary.  I tried it for a while but in the end I decided that marking pen to paper was too permanent and couldn't face re-reading entries.  So for now I will try the most up-to-date way of keeping a diary.  I'll keep a blog.

I guess you wondering what has lead me to open this blog and attempt for the third time a so called 'cathartic' activity which I have failed at twice already.  His name is Chris and for now writing this is less shameful than replying to him.  Although we have been separated from one another for over a month I am still working at moving on.  After three years together moving on from our relationship seems as difficult as moving mountains.  Now don't get me wrong I'm not new to this - I have experienced a break up before.  It just the moving on alone part that I'm struggling with.  Normally I have a 'back-up boyfriend' waiting in the wings so that if ever I was to become single I'd be instantly distracted and back in a relationship within the week.  Mentally healthy? No.  The right thing to do? No.  The option that leads to less heartbreak? indefinitely.

'Too many guys think I'm a concept, or I complete them, or I'm gonna make them alive.  But I'm just a fucked up girl looking for my own peace of mind; don't assign me yours' 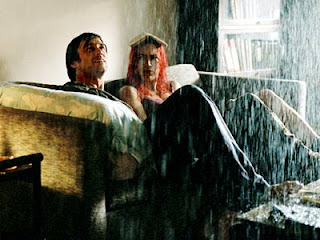 This break up is different though, I'm going it alone.  I'm attempting to move on from somebody and become a more independent and stable version of myself.  Now lets not get ahead of ourselves, I said I was attempting it not that I was successful in doing so.  I am not in a relationship of any from with another man but there is somebody who I can't but help myself thinking about.  I know I don't need to be in a relationship at the minute and for this reason I'm going to focus on the obstacles between us.  Problem 1: My best friend genuinely likes him and has done for a very long time (bordering on obsession).  Problem 2: I have no idea if he even thinks of me in a romantic way or if he merely see's me as a friend.  Problem 3: He is friends with Chris and would see anything happening between him and I as being disloyal.

There are a plethora of reasons why I shouldn't like him and only one why I should.  That one reason being that when he looks at me I almost feel like he is staring straight into my soul, it's a bizarre feeling and one I have never come across.  Perhaps this is why I find him so intriguing?

'You can't ascribe great cosmic significance to a simple earthly event.  Coincidence, that's all anything ever is, nothing more than coincidence'

Posted by Miss Kruczynski at 17:22 No comments: